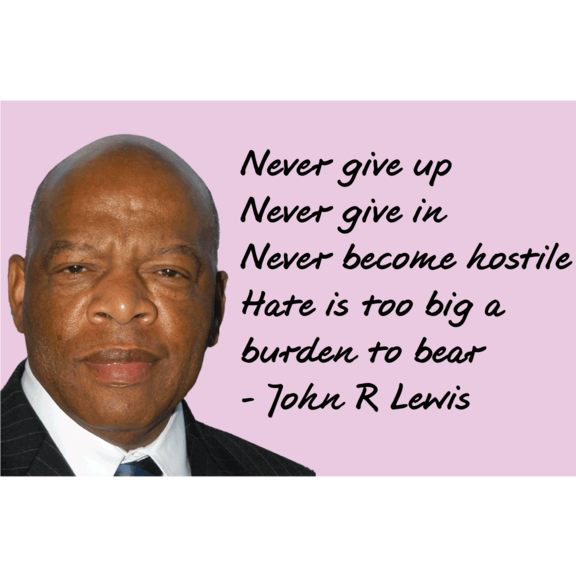 Add To Your Wish List
Never give up. Never give in. Never become hostile. Hate is too big a burden to bear - John R Lewis. John R Lewis was US House Rep from Georgia for over 30 years. He was one of the 'Big Six' who organized the 1963 March on Washington. In 1965, he led a march across the Edmund Pettus Bridge that ended with the Alabama police brutally attacking peaceful protesters, in what became known as Bloody Sunday. Magnet is 2" x 3"