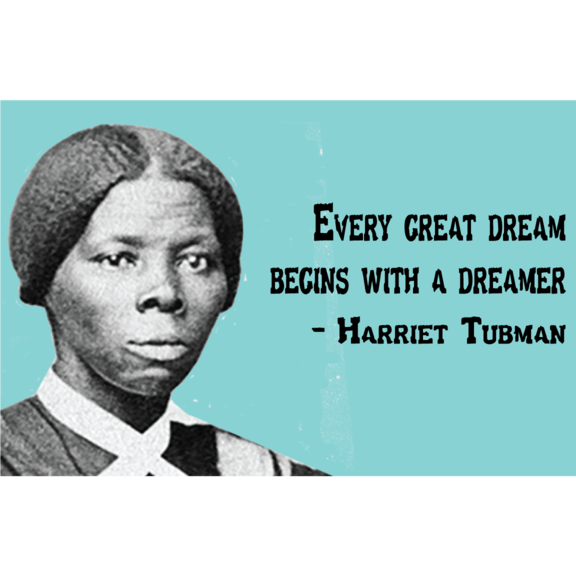 Add To Your Wish List
Similar Items Also Available
Every great dream begins with a dreamer - Harriet Tubman. Harriet 'Moses' Tubman was an abolitionist who also worked for the Union Army during the Civil War. She is best known for rescuing enslaved people via the Underground Railroad. But she was also a spy, and led an armed expedition in the raid on Combahee Ferry during the Civil War. Harriet Tubman is one of America's Better Heroes. Magnet is 2" x 3"